Argen is a family owned and operated business with over 500 employees in 5 locations throughout the world. Argen is led by a strong team who inspire our employees, champion our customers, and forge deep relationships with our partners. We have a passion for the Industry and for embracing new manufacturing techniques to support the Dental Laboratory. 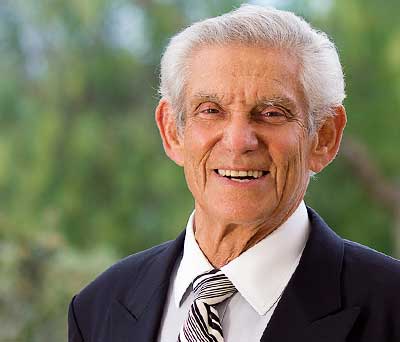 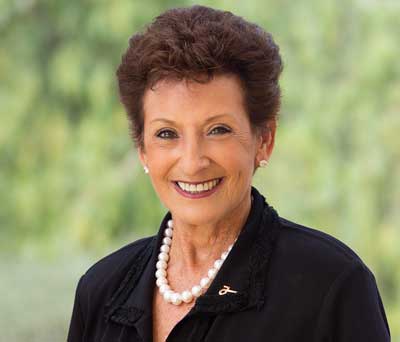 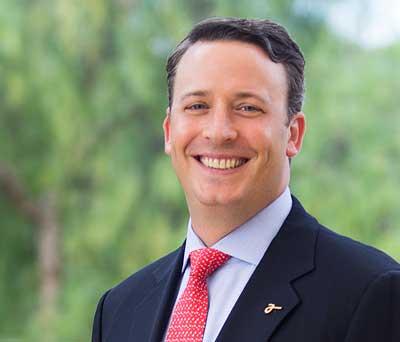 Bertie Woolf joined Argen in 1970 while the company was based in South Africa.  Bertie was the visionary for Argen, taking the company from a small refinery to the largest dental alloy company in the world.  Bertie traveled the world, opening up dealerships in over 100 countries while opening wholly-owned subsidiaries in USA, Germany, UK, and Canada; eventually moving the company to the USA in 1987.  As CEO of Argen for over 40 years, Bertie guided Argen to incredible growth and success while always focusing on the highest levels of honesty, integrity, and service.

Bertie currently serves as Chairman and helps provide leadership and guidance to the CEO.

Bertie was raised and educated in South Africa and immigrated to San Diego, CA in 1987.  He is the proud father of Anton and Lara and grandfather of seven, wonderful grandchildren.  He loves learning, is an avid lawn bowls player and enjoys travel. He also devotes time for volunteer work and philanthropy.

Jackie Woolf joined Argen in 1971 while the company was based in South Africa. As an owner of the company, Jackie takes great pride in building a strong foundation and culture that has allowed the company to flourish into the company it is today. Jackie was responsible for setting up all operations and infrastructure of Argen when the company moved to the United States. Jackie previously held the position of Chief Operating Officer until 2011.

Jackie is currently responsible for overseeing and developing Argen’s China market, and spends many weeks in China each year.

Jackie was raised and educated in South Africa, and is the mother of Anton and Lara and the grandmother of seven, wonderful grandchildren. She enjoys photography and travel.

Anton Woolf is CEO of The Argen Corporation. Anton Woolf joined Argen in 2000 as an International Sales Executive, focusing on European Operations. He then transferred to the corporate office where he assumed the role of Vice President focusing on business development and acquisitions. He was promoted to CEO in January 2008.

As CEO, Anton has strengthened Argen’s core business while diversifying and expanding into new significant strategic businesses. His vision, regarding the rapid changes in digital dentistry, has led him to build Argen’s world class digital outsourcing center, to support and partner with dental laboratories nationwide. Anton has also increased Argen’s international footprint; expanding and developing Argen’s subsidiaries in Germany, England, Canada and China.

Anton holds a Bachelor of Arts in Economics from the University of Michigan and currently serves on the Cal Lab and NADL Board of Directors. In his free time, Anton enjoys exercising, swimming and photographing his 4 beautiful daughters. 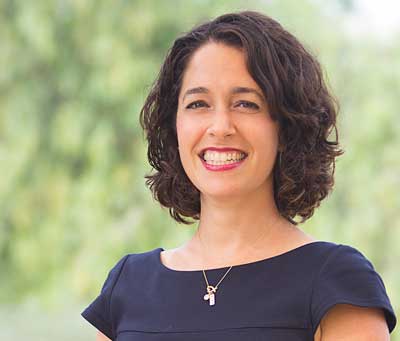 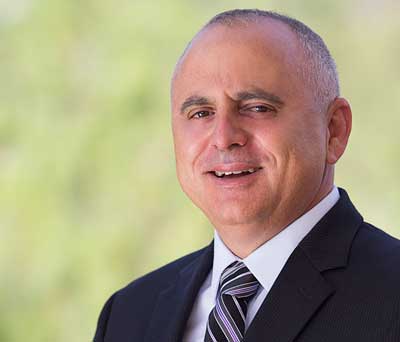 Julie Woolf is Argen’s Chief Operating Officer and is focused on driving future growth of Argen by delivering superior service to our laboratory customers. Julie oversees the Customer Care and Digital Support departments, the Technical and Equipment Support Teams, IT, Web Development, Security, Human Resources, and Facilities. Julie joined Argen in 2012 and implemented Salesforce CRM throughout the organization. With more than 15 years of technology and systems integration experience, Julie has made a dramatic impact on the company’s infrastructure, key functional support lines, technology, and facilities, which has allowed Argen Digital to grow into the largest dental digital center serving dental laboratories worldwide.

Julie holds a Bachelor of Science from Northwestern University, where she was captain of the lacrosse team. She is also the proud mother of 4 daughters and wife to Argen’s CEO Anton Woolf.

Neil Wainstein is the Chief Financial Officer at the Argen Corporation. Neil joined the Argen team in 1990 after emigrating to the United States from South Africa. He began as a controller at Argen, dealing with the day to day accounting and operational accounting for 10 years. He was then promoted to Chief Financial Officer, and now focuses on Argen’s mergers and acquisitions, global precious metal strategy, global technical and financial strategy, corporate risk analysis, as well as working with the strategic leadership team. He also travels to work with Argen’s foreign subsidiaries.

While in South Africa, Neil received his degree in accounting and chartered accounting. He worked in public accounting for four years. Upon coming to the United States, Neil became a Certified Public Accountant. Neil is married with 2 kids. He is very attached to his dog Bentley, and enjoys tennis, biking and hiking.

Michael Clark is Senior Vice President of Domestic Sales for The Argen Corporation.  Michael’s focus on leadership and strategy has helped the Argen sales team to achieve benchmark-setting growth and expansion.  He is a senior executive with a proven track record of delivering year-after-year success in revenue, profit, and business growth objectives within rapid-change environments.  His primary focus since joining the company in 2014 has been to evolve an established alloy sales team into a dynamic sales force able to sell a multi-faceted portfolio of products, including ceramics, digital products, and equipment while not losing focus on Argen’s core alloy business.  His deep experience has brought a strong sense of accountability to the organization and created a fiercely goal oriented approach to sales.

Michael received his Bachelor of Science in Industrial and Systems Engineering from Ohio State University. Michael’s passions away from work include spending time with wife and son, weight lifting, motorcycle riding, golf and college athletics.  He loves giving back to his community and is involved with several charities and associations. 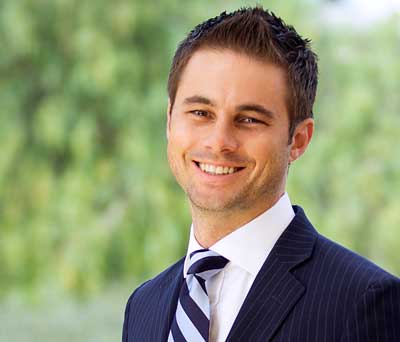 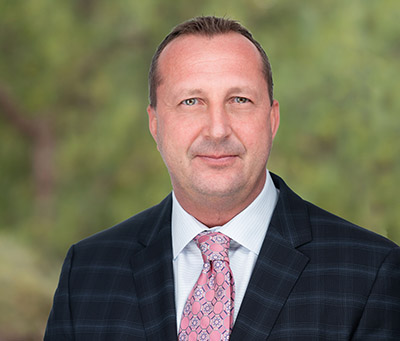 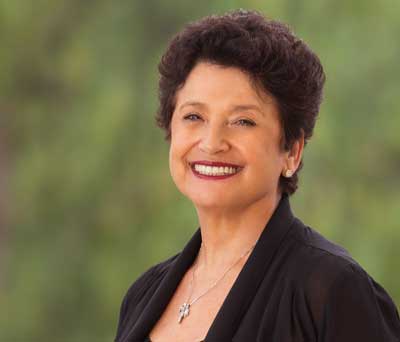 Jeff Lowthorp is Vice President of Business Development at the Argen Corporation.  Jeff joined the Argen Corporation in 2011 and has since spearheaded the development of Argen’s digital and ceramic portfolio, successfully launching a wide-array of products including ArgenIS Custom Abutment, ArgenMill, and ArgenZ Zirconia. His passion for quality and product excellence has led Argen to the forefront of manufacturing innovation. Jeff’s expansive experience in the dental laboratory industry has led him to become a well-respected international lecturer on many subjects to laboratories, dentists, hygienists, and staff.  He has also taught training courses at the UCLA School of Aesthetic Dentistry and has a passion for traveling overseas to see how the dental laboratory industry differs across countries.

Jeff has been part of the dental laboratory industry since the early age of 16. He studied under the guidance of his father Chris Lowthorp, a 40 year CDT, former Captek Executive, Argen R&D product developer and recognized esthetic ceramics lecturer. Jeff is married with two sons, and when time permits, he enjoys surfing, snowboarding, and photography.

Scott Wesolowski is Argen’s Vice President of Corporate Subsidiaries and is passionate about ensuring superior service to laboratory customers in countries outside of the United States, where the company’s subsidiaries are established. Scott oversees the sales, business development, finances, and human resources functions by working closely with each subsidiary’s chief officer in Canada, Germany and the United Kingdom. Scott joined Argen in 2013 and steered Argen’s Canadian subsidiary to exceptional growth as its Chief Finance Officer. Scott was named Vice President of Corporate Subsidiaries in 2019. With more than 25 years of financial experience, Scott has made a material impact on the strategies and successes of Argen’s international entities.

Scott holds a Bachelor of Commerce degree from the University of Saskatchewan and is a Chartered Accountant from the Alberta institute. Scott was born in the United States, spent most of his life in Canada, and has lived abroad in Asia and Europe. Scott currently resides in Kelowna, BC, Canada with his beautiful wife, step-daughter, and a multitude of pets. Scott loves working in his yard, boating, board sports, and the outdoors in general.

Andy Ravid joined Argen in 1992 and has since headed the USA Market in sales for almost 20 years. She is currently focused on being the primary liaison for all groups and major accounts at Argen. Andy is an expert at building lasting relationships and honed her sales skills while running her own business in South Africa before emigrating to the US in 1991.

Though the project is in its beginning stages, Andy is also working on creating an Argen Dental Charity Foundation. She is devoted to the growth of Argen’s philanthropic endeavors.

Andy’s passions include travelling, hiking and experiencing the performing arts; but her greatest joy is spending time with her grandchildren in Los Angeles and Mammoth, California. 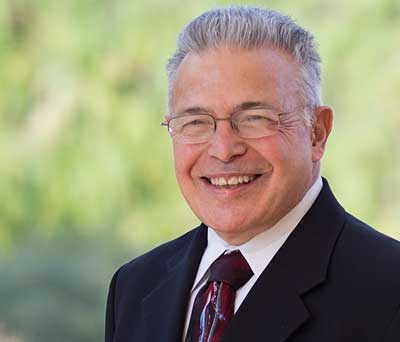 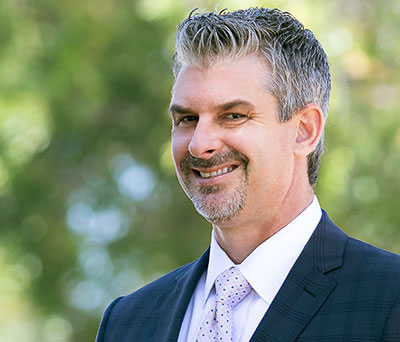 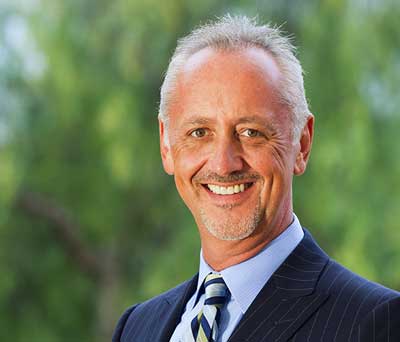 Paul is the Senior VP of Research and Development at Argen, where he has been responsible for the development of alloy and ceramic products for the Argen Corporation since 1996. Along with forty years of experience in the research and development of dental products, Paul has published articles and book chapters in dental, metallurgical and ceramic publications. He also has published worldwide patents and gives seminars around the globe.

Paul received a Bachelor of Engineering in Metallurgical Engineering from New York University, his Masters of Science in Ceramic Science from Rutgers University and was a student at Harvard University’s Advanced Management Program.

Paul is the proud owner of his beloved Basset Hound, Gia.

Aaron Ideker brings more than 15 years of progressive finance and accounting experience to his role as Vice President of Finance for The Argen Corporation. Aaron is responsible for finance operations, treasury, and team management.

Aaron earned his BA at UCSD and his MBA at National University. He is a Certified Public Accountant since 2008. Aaron is a San Diego native and married with a son and two dogs.

Robin Bartolo, CDT joined Argen at the beginning of 2015 as the Vice President of International sales. Robin manages our extensive dealer network that spans across 110 countries around the world. He is committed to drive global sales and strengthen Argen’s strategic partnerships with dealers and dental laboratories. 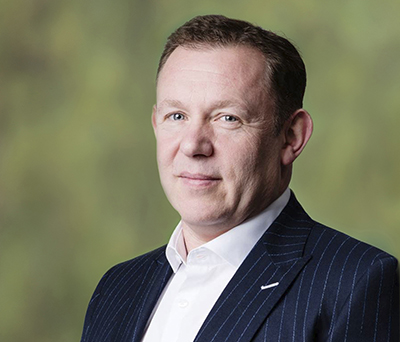 Simon Rich is Managing Director for Skillbond Direct, a subsidiary of The Argen Corporation based in the United Kingdom. Simon oversees sales, business development, finances, and human resource functions in the UK. Simon’s focus is building leadership and strategies to ensure that our laboratories have a partner to work with and help grow their business. With over 22 years of corporate management experience, Simon is passionate about safeguarding superior service to laboratory customers in the UK. Simon joined Argen in 2020 and has accelerated the introduction of several product developments to assist the UK market and transform it into digital dentistry. Simon's mission for the UK is to be the technology leader for the UK dental lab market.

Simon holds a Bachelor of Industrial Design from the University of Reading. Simon was born in the UK, spent most of his life working around the world, and has lived abroad in Asia and the USA.